Today’s article is by Jaacob Bowden is a Professional Golfer who has hit an venue record 421-yard drive to win a Qualifier for the RE/MAX World Long Drive Championships. He has helped thousands of every day golfers hit their drives farther and shoot lower scores through his Swing Man Golf Online Training Community website. To find out more about how he can help you with your distance, visit Swing Man Golf today.

(Who had the Fastest Swing Speed?)

Other interesting driving and distance stats include:

On the Nationwide Tour:

On the Champions Tour:

– “How to become a professional Long-Driver” 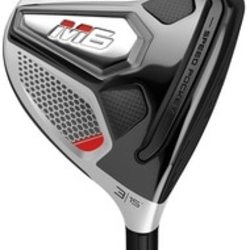 From what I understand with Jamie is that he is double jouinted in both wrists allowing his to achieve an amazing amount of coil and hinge that he can release incredibly fast.

He is nothing compared to Jack Hamm though, I mean that guy has 8 world records! I found I get 10 extra yards just by yelling “POW”.

On a side note…it is believed that Jamie Sadlowski is, in fact, not human.

I agree he is not human. He says his full rotation ice hoceky swing is what allows him to be able to do that.

I think I can solve your problem Jacob. It is obvious that just about everyone on the so-called “elite” golf forums like GolfWRX hit the ball well over 300 yards and play scratch golf. Stop wasting your time practicing and spend more time on “elite” golf forums. In no time, you will be up around 350 yards +++, and with a few hundred postings, should soon be in at least the quarterfinals.

I have the thing on videoi. Can’t see the ball is the problem and my had was a bit shaky.. It was cold during most of the week they held it.. That is a shin dig worth hitting every year. There are 20 of us that go each year. Great golf courses.. One called Coyote Springs.. out in the middle of nowhere NV is unbelievable.. and I do mean in the middle of nowhere

AND the LD contest is FREE to watch…

See if you can get tape of the trick shot artist this year also. He tees a ball up shoulder high. Holds the driver str8 out at a 45 degree angle like a front slash \ … hits the ball.. it goes out about 3-5 feet above the ground for a good 100 yrds them takes off and up like a jet fighter. Guy hit the ball 310 down the pipe on his knees. The guy had cancer real bad. Lot of surgery.. he is truely amazing

Will do…there are a few of the guys that can do that so I am sure we can find something.

you can go to you tube.. type in jamie sadlowski and all kinds of stuff comes up on him. the kid is flat amazing. I was sitting in ther stands with his next door neighbor. He was telling me he was on his scrable team.. on the par 5’s the longset iron they hit was a PW… 525 is the shortest hole he said

Yeah I have seen those…but I was thinking of getting some stuff maybe that no one has seen yet. I will contact them today and see what they have.

I certainly enjoyed the article and found the stats interesting, but it was not what I expected. I expected something on the PGA Tour 2009 Swing Speeds, yet there is only one mentioned. The rest of the stats were driving distance. Just a minor point. Otherwise, keep up the good work.

Thanks Jim…glad you enjoyed the article. And I do see where you are coming from. Maybe we should have titles it differently.

Christmas Day on ESPN they will be showing the World’s Long Drive Championships. They will have all the stats for each hitter. Wait until you see these guys stats on pounding the ball. Some of there swingspeeds are about as fast as the ball speed on a lot of Tour Players. I am really interested in seeing Jamie Sadlowski’s stats. You can tell by watching him hit the ball he is in another echelon of hitters.

We should get in touch with the guys over their and get some video for you guys of Jamie and some of the other big hitters.

Wow great stats I guess numbers never lie… just commentators. It’s always funny when someone tells you they average 125mph with their swngs yet only carry the ball 230 yards (you know who you are LOL). Bubba’s average ball speed is 184mph if his smash factor is 1.5 (which I imagine it is).

Glad you enjoyed this one Chris…if you have any other article ideas you would like us to cover let us know.