Rumor Confirmed! … Bettinardi Is On His Own

You might have noticed that about a month ago we posted a rumor in the lower right footer of the website stating that we had heard that arguably one of the most famous putter designers Robert Bettinardi had decided to end his partnership with Mizuno. Well today that rumor has been confirmed.

Mizuno USA, Inc. & Tinley Park, IL-Bettinardi Golf, announced today that the companies will not be extending their exclusive partnership beyond 2009. The decision to discontinue the exclusivity of the contract was both mutual and amicable, with Mizuno continuing to sell, market and service Mizuno Bettinardi putters through June of 2010, while Bettinardi Golf will begin to sell and market putters under the ‘Bettinardi’ name beginning in the Fall of 2009.

Mizuno and Bettinardi Golf came together with the debut of the 100% precision milled Mizuno Bettinardi A-Series and C-Series at the 2006 PGA Show, and later went on to introduce the widely acclaimed Black Carbon Series. The Mizuno Bettinardi Black Carbon Series will continue to provide players the best feel in the game through its patented F.I.T. Face Technology, which dramatically reduces the surface area of where the ball makes contact with the putter face to provide soft, solid and consistent feel to every putt. Some of the best putters in the game, such as 2009 Verizon Heritage and St. Jude Classic winner Brian Gay, rely on the unmatched precision and consistency of Mizuno Bettinardi putters to compete at the highest level. The high performance Mizuno Bettinardi putter lines will continue to be available in golf shops through 2010.

“We have the utmost respect for Bettinardi Golf and Bob Bettinardi for their skill in putter design and milling, and we wish them the best going forward.” said Dick Lyons, Vice President and General Manager, Mizuno USA Golf Division. “I feel that the relationship between our two companies has been very successful. The introduction of the F.I.T. Face Technology has redefined the qualities of a Milled putter. I have the highest regard for Mizuno and wish them success in all their future endeavors.” said Robert J. Bettinardi, President/C.E.O of Bettinardi Golf. 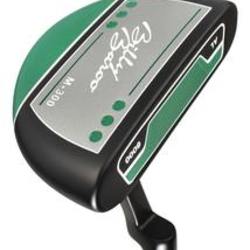 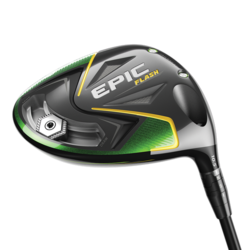 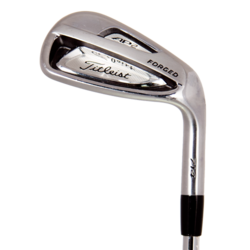 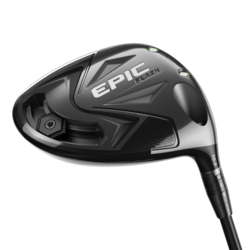 I think with Nike’s poor past efforts in putter design they should give RJB a long look to add quality and name appeal for putters to an otherwise great club lineup. I have a Hogan Bettinardi and it’s the only non-nike club that I want in my bag.

I had a feeling that something may be up when I saw C series mizuno putters on sale for $99.
My best to Mizuno and Bob Bettinardi. They are both class acts and deserve the best.

After trying many putters over many years, I still prefer to play my full array of Ray Cook putters and find that produce better results for me. Why change a “Good Thing”?

Big mistake and this comes from someone who has a Bettinardi putter and wants another.
Without Mizunos access to the major brick and mortars or their production facilities he is now going to become just another boutique mfg. fighting for a very, very limited market among aficianados.
Cameron balances it well with his custom shop offerings and his putters with Titleist.
Trashing a business model that was a win/win just makes no sense especially in todays economic climate.
rob

I think it is another case of Bettinardi and the titanic ego. He has had to live under Cameron’s shadow for a long time even though he used to perform work for scotty before scotty was scotty. Oh yes one last thing, will one of these guys admit that they have stolen everthing they do from Karsten

When Bobby Grace said “goodbye” Macgregor and Kirk Currie left Wilson, I was getting the feeling that this was getting to be a game of musical chairs for putter designers. Glad to hear there is some security with Scotty and Titleist.

Obviously, Bettinardi stands well on his own and doesn’t really need to be partenered with Mizuno. Albeit, Mizuno is a great company. When a designer has a great reputation, it must be hard to retain them? Interestingly enough, history repeats itself. Didn’t George Low bounce around from being on his own to Bristol, Wilson and Macgregor back in the 50’s and 60’s as a premeire putter designer? Must be how the cookie crumbles?

It seemed to me that Mizuno never really pushed this line. I seen a big advertising feature. They were great putter’s but the fact was, not a lot of guys had heard of them.

I know Kiwi…I think they squandered a great chance by having him. They could have made a Putter Rock Star like Scotty.

I agree that it must be tough for a Major OEM and Putter Maker to find a balance that works for both parties.
With Bettinardi and Mizuno, I never completely understood the tie. Bettinardi still had their custom line, but it had nothing to do with Mizuno, at all, from what I could see. Not wrong, just a bit confusing.
I wish both parties success and am sure it is a bump in the road for both of them. Bettinardi’s work is some of the most beautiful in the game and who could ever argue with Mizuno’s reputation as one of the best companies in golf?
Just closing one chapter and I, for one, and anxious to see what happens next.

It is rare to find many great relationships between putter designers and golf companies. Cameron is a rare case. I would like to see Bettinardi be on his own. I love his putters. The ones he desigend for Mizuno looked and felt great, but just never sold. I hope he keep son designing and finds the right mix for success.

Yea i can’t wait to see what he does next, mabye sign with another company or start his own?

I can’t wait to see what he does either.

I wonder what Bettinardi’s plans are for the future?

We will have more on this soon Sean…we will make sure to notify you guys soon.

Nice find on this one. I noticed that rumor down there and was thinking, ARE U SERIOUS? But you guys were right as usual.

Thanks Alex…appreciate your comments. Keep coming back 😉

Good. I didn’t really think that the partnership really took off. It seems like they never do well unless the partner company has a lot of cash. Example cameron and titleist.

I am surprised Bettinardi has not found a good fit yet. He is SUPER talented and his putters are just as good or better then Cameron. I have owned them both and I actually like Bettinardi’s stuff better.

Bettinardi makes some incredible putters. Quality and design is top-notch.