{HOW IT’S MADE} – GOLF CLUB DESIGNERS (PAST PROJECTS) >> MUST READ!

Alright guys…I think you are going to love today’s article!  Today you get a SUPER inside look at the type story I love to hear and read myself.  In my golf career I have been fortunate enough to get to meet some of the best golf club designers there are in the business.  And probably my favorite thing to hear about is how some of the old designs came to be…and the whole process behind their creation.

Some of the companies they have designed for include: MacGregor, Ben Hogan, Wilson Staff, GolfSmith, Lynx, Founder’s Club, Top-Flite and many more.

And today you get to hear about how an interesting fairway wood design came about while working hand and hand with Lee Trevino.  This is a story you will not want to miss!

As a golf club designer, “How do you come up with many of your golf club concepts?” is a question I am asked rather frequently.  Every design goes through a metamorphous on its way to the market but some have pretty interesting roots to them.  A project I recall from many years ago is a fairway wood family with a bounce sole design that led to some rather intriguing performance benefits.  Why place bounce on the sole of a fairway wood?  It was one of those brainstorming questions that gets tossed back and forth between two designers who are trying to think outside of the box.  The two designers in this particular case were Lee Trevino and me.

I had the privilege of working closely with Trevino over the course of four years when I headed up Spalding Top-Flite’s golf club R&D group.  Even though I had a large professional staff and a close working relationship with Payne Stewart, Craig Stadler, D.A. Weibring, Rick Smith, among many others, it was Lee who I enjoyed conceptualizing with the most.  Not only was his candid approach to creation a great pleasure, but his insights to club performance and anticipating expectations from various golfing abilities was very much on his radar.

The amount of time spent testing prototypes on the driving range was invaluable.  I remember on one occasion, after showing up with an incredible amount of test clubs for Lee to hit, I wore him down to the point where he was hitting clubs shirtless.  Lee was sweating so much his caddie Herman Mitchell wouldn’t get near him.  Not exactly the professional touring pro image people think of, but in Lee’s case, he wasn’t going to let me down when we had an important chore like club testing ahead of us.

But I digress.  Back to the bounce sole concept on the fairway woods.  The bounce concept was a seed that had somehow evolved in Trevino’s thoughts.  The only way to dispel his concept was to create a prototype and test it.  When Lee would come up with ideas he would contact me.  “Jeff, what if we were to stop polishing the face of the wedge and instead left it naturally coarse following the casting process?”  Thus, the Top-Flite ‘As-Cast’ wedges were born.  “Jeff, could you create me a fairway wood with a sand wedge sole on it?”  Twenty-four hours later, Lee had a mocked up prototype in his hands.

The prototype was quickly created by applying some automotive Bondo to the sole of a Top-Flite 5-wood.  “Bondo Bob” Vokey introduced me to the quick modeling technique when we worked in R&D together at Founders Club in the early 1990’s.  Lee had his model in hand the next day but I never heard back from him if the sole shape was what he was looking for.  I did however receive a phone call from our Top-Flite tour rep telling me “whatever it is you sent Lee, he put on a clinic yesterday hitting a variety of shots from the driving range bunker . . . . oh, by the way, he’s also on the cover of the Palm Springs sport section swinging the club.  Is that okay?”  Well of course it wasn’t okay.  The model was never intended to be shafted up, much less hit or used in an exhibition.  Lee was letting the cat out of the bag long before we applied for our patent on it or targeted a launch date.

The Birth Of A Golf Club!

As we continued to test the concept I was able to model the design into a product that Top-Flite introduced as the Intimidator 400 fairway woods.  The concept was quite novel.  As the loft of each fairway wood increased so did the amount of bounce on the sole.  Bounce is the angle of the sole in relation to the ground line.  It is most prominent on sand wedges but most irons have a progressive amount of sole bounce as the lofts increase.  As the golf swing becomes steeper there is a need for bounce to keep the wedge from creating too deep of a divot.  Less bounce is required on more sweeping swings associated with lower lofted irons.  Woods have virtually no bounce to their soles.  Instead they use a radius.  But in the case of the Intimidator 400 woods the bounce angle to the sole created some interesting dynamics.  The concept was termed as the “Spoiler” sole because the bounce angle created a shape reminiscent of an automotive spoiler as each wood sat propped in a golf bag. The “Spoiler” sole virtually eliminated fat shots with the fairway woods.  As the sole would make contact with the turf, the trailer edge with the bounce would make contact with the ground first.  This would force the leading edge to centrifugally ride along the turf ahead of it. This worked well with the sole slightly concave.  It would also make hitting a shot laying submerged in a divot a rather simple execution.  In fact, Lee would often step on a golf ball to bury it half way and then hit it cleanly using one of the Intimidator 400 fairway woods to show how well it worked.

Naturally hitting shots from the fairway bunkers could be executed with the ease of a sand club.  The higher bounced 7 and 9-woods were outstanding clubs from 150-190 yards out.

Many higher handicap golfers greatly praised the Intimidator 400 woods. For many of them their slices straightened out.  A simple understanding of bounce angle to turf relationship easily explains this phenomenon but to many golfers it was pure ‘magic’.  If you have never hit a wood with bounce on the sole it can easily be imagined by understanding your sand club.  Take a sand wedge with a high bounce angle (10° or higher) and set it in the center of your stance on a firm surface.  Because the trailing edge of the sole projects lower than the leading edge the wedge rotates to a closed face angle when you let go of the grip and allow the club to rest.  The higher the bounce angle the more it will rotate closed.  The Spoiler sole acted in this same manner.  In fact, the firmer that the golfer hit the turf with the Intimidator woods the more dynamically the face would rotate closed upon impact.  For golfers who display difficulties rotating the clubface to a square position the dynamics from the sole automatically executed this for you.  While being ‘magic’ to higher handicappers I had to do some custom sole grinds for our touring staff just as I would custom grind a sand wedge sole. Because the woods were cast in thick soled titanium there was plenty of material to work with when grinding. Ultimately the Intimidator 400 fairway woods offered versatility for shot making under a wide range of lie conditions.  It was even a breeze off of concrete (my clubs have the scars to prove it).

15 Years After The Concept Was Created

It’s been nearly 15 years since I created that first bounce sole fairway wood prototype for Trevino. He used at least one loft of that set for many years to come, long after the product was no longer sold by Top-Flite.  The concept proved out so well with fairway woods that I eventually created a set of Intimidator irons that incorporated the bounce sole.  However due to posturing of different product lines and a change in marketing direction Top-Flite never introduced the iron set.  I was eventually able to bring the irons to market about six years later when I carried the concept over to Golfsmith’s Special Force woods and irons.  Today, you can find Intimidator 400 fairway woods for a song on the internet.  For a 100% titanium fairway wood head they are a tremendous value.

You can learn about some of the other unique golf club models I have developed over the years on my website Sheets Design Group and more Tales From The Tour in my book The Perfect Fit at SheetsPublishing.com.

Un-Ketsch-able. That’s what the PING Ketsch was in the mallet competition. It just pulled away from the competition. It seemed like our testers just couldn’t miss from the 5-foot mark. OK, they did miss two out of fifty putts. For those of you who have been out of school for a while, that comes out to 96%, earning the Ketsch a best-in-class A.

What I have for you today is a little more information about the design of the Ketsch, and also some great shots of how the Ketsch is made. [READ MORE]

#missionPING: Uncovering The Truth Behind The Brand (Day 2)

Welcome back to the second half of the coverage of our Mission To PING visit. When we left you yesterday, Tim and I had just finished watching PING Man blast balls out into the research/fitting range at PING HQ in Phoenix, AZ. Prior to that, we spent a full morning exploring PING’s manufacturing infrastructure and engineering philosophy. After such an exciting morning, there was only one natural next step, lunch. [READ MORE]

#missionPING: Uncovering The Truth Behind The Brand (Day 1)

Desire for profit may be a common golf company motive, but I hold out hope for more. What if a golf company realized that it was making equipment for people to play the hardest game in the world, and realizing this, merged the desire to be profitable with a true desire to help golfers play better?

In other words, is it possible for a company to take the consumers money while actually still really caring about helping the consumer play better golf? Could PING be such a company? [READ MORE] 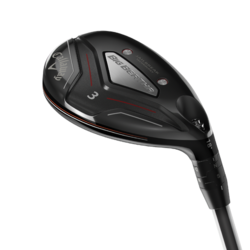 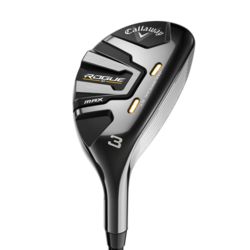 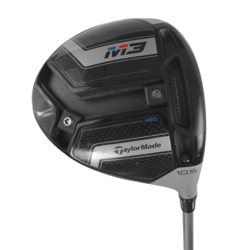 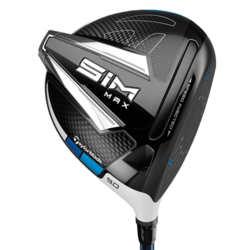 MGS – great stories about Lee. I had the privilege of watching him put on an exhibition when I was a kid in college (Furman – Faxton/Daniels/Pepper…).
The coke bottle storys are to be believed watching him hit a ball – simply amazing.
He is a pretty complex guy – that you were abre to spend time with him is of dreams.
rob

All things considered, Lee Trevino has to be not only one of the greatest golfers ever, but one of the most remarkable people ever. His brain never rests.

using bondo was a great idea on the bounce

The guys at Sheets Design Group are pretty damn creative and great at what they do.

Thank you bortwein…greatly appreciate the comments. We will have more articles like this coming soon as well.