Can GolfTEC do for custom fitting what it did for golf lessons?

Whatever your opinion of GOLFTEC as a golf instruction provider, you have to tip your cap to what the company has accomplished. Remarkably, GOLFTEC has taken the highly personal and institutionally quirky concept of the golf lesson and figured out how to mass-produce, as well as mass-market, an entire program on a national level.

The numbers are staggering. Since 1995 GOLFTEC’s 600 coaches have given more than 5 million golf lessons, and the company currently has more than 185 instruction centers in the U.S. and Canada. That number had been closer to 200, but GOLFTEC lost several centers that were co-located with GolfSmith. However, since GolfSmith shut down, GOLFTEC has opened up 12 new stand-alone facilities, and another 25 are currently under construction.

It’s no exaggeration to say that GOLFTEC is, for better or for worse, the single largest golf improvement organization on the planet.

GOLFTEC is also very much a business, and as such is constantly on the lookout for new revenue opportunities. This week GOLFTEC is announcing a partnership with custom club-fitting studio True Spec Golf to bring custom club fitting to the masses. The company believes it has found a potential gold mine.

In short, GOLFTEC hopes it can do for club fitting what it has done for golf instruction.

If you’ve been to a GOLFTEC, you know they already offer a club-fitting service called TECFIT. This basic level of fitting has been limited to whatever happens to be in the PING, Callaway, Mizuno and TaylorMade fitting carts at each GOLFTEC location. That’s about to change.

“We saw that our fitting product had room to improve,” says Jeremy Beck, GOLFTEC’s Senior VP of Operations, in an exclusive interview with MyGolfSpy.

Beck says GOLFTEC will upgrade up to 30 of its facilities into full-fledged, fully-equipped fitting centers over the next month or so, with plans to expand to 120 fitting centers in 2018. That expansion effort includes a manhunt for fitters who can tell the difference between a shaft and a grip.

“We’re currently looking, market by market and city by city, for the best fitters in those local markets and bring them on to our team. We’ll hire 20 to 30 expert fitters over the next 90 days. We’ll have a dedicated club fitter at each location – he’ll handle one center, maybe two, but there will be a dedicated guy focused solely on fitting.” – Jeremy Beck, GOLFTEC

True Spec Golf’s part in the whole venture is twofold: provide access to a wide assortment of custom shafts beyond what is already in the OEM fitting carts, and be the back-end build shop for custom orders. True Spec itself is a high-end, custom-fitting studio, with 13 fitting centers across North America, Europe and Asia.

So why the partnership? And why now? Beck says the rapidly changing retail golf equipment channel, coupled with GolfSmith’s demise last year, presented GOLFTEC with a unique opportunity.

“We think the percentage of people that will be custom fit for their clubs is going to skyrocket,” Beck adds. “The days of 10 to 15% of golfers being fit for their clubs? We feel five years from now 80% plus will be fit, and we’re going to be a big part of that.”

GOLFTEC sells a substantial amount of golf equipment with its current fitting cart/launch monitor format. Paul Wise, GOLFTEC’s Senior VP of Revenue and Marketing, says year-to-date sales for the first quarter of 2017 are already up around 20%.

“That’s without the enhanced offerings or the enhanced experience, and without being supported by enhanced marketing. You’ll see us do heavy marketing with this program.”

GOLFTEC says the enhanced fitting program will be limited to current OEM partners PING, Callaway, Mizuno and TaylorMade for the remainder of 2017. They expect more OEM’s to join the program next year.

Mass-producing something as quirky and as personal as golf instruction is one thing, but mass-producing club fitting is something else entirely, requiring a dedicated staff with a specialized skill set. Finding and hiring upwards of 120 qualified club fitters over the next year is a daunting task, to say the least.

“There’s not a universal pool of fitters out there,” says Wise. “Right now we’re finding a nice subculture of fitters. We think we’ll be successful with that group.”

“There’s also a group behind them, not talent-wise, but maybe they’ve had different roles or jobs. We can provide them with the training they need to move up to the A-level, if you want to call if that. We may have to dip into that realm as we hire 125 to 150 more fitters. But that’s what we’ve done with our coaching base over the past 20 years. It’s not easy, but we have the systems in place to do it.” – Paul Wise, GOLFTEC

What we’re talking about is the mass standardization and mass production of the club-fitting process. The process has to be repeatable and scalable in order to be profitable as well as protect and serve the corporate brand. If you’re GOLFTEC, you can’t have your guy in Denver doing one thing and another guy in Seattle doing something completely different.

“You have to have a structure and a system to do it well,” says Wise. “Maybe if you only have 15 centers you can wing it a little bit, you can be a bit more ad hoc with training and systems and structure. We’re building that structure – we’ve already done it with instruction – and now it’s finding the right fitters, training them in our system and sending them to our centers. They’ll have the tools and resources and structure to fit our brand and provide what we call a ‘Mass Premium’ experience.

GOLFTEC clearly wants to create a nationwide club-fitting chain, where the experience will be the same no matter which facility you visit.

While talking with Beck and Wise, the image that kept coming to mind was Outback Steakhouse. Any business traveler knows there’s an Outback in just about every city you’re likely to visit, and if you dine there you know what you’re going to get: a decent steak, grilled shrimp and a Bloomin’ Onion. Outback’s chefs may not be classically trained culinary masters, but they’ll make you a nice dinner at a reasonable price. It’s not Ruth’s Chris, but it’s not Perkins, either.

For what GOLFTEC is trying to do, it’s an apt analogy.

“There’s always going to be a nice niche for the Cool Clubs or the Club Champions,” says Wise. “They’re doing high-end fittings but they have fewer than 20 locations each. We’re talking about a mass scale with our network.”

“We call it ‘Mass Premium,’ and an 8.5 out of 10,” adds Beck. “There are 10’s out there – the Ferrari’s and Bentley’s if we’re talking cars. That’s not who we are, but we’re not a 5 either. We’re going to be in a nicer part of town and offer good quality, excellent service, but not be overly expensive.”

The fear, of course, is that in order to work on such a large scale the fitting process might have to be watered down, with the end result being less Outback and more Applebee’s .

Ask any teaching pro and the first thing they’ll tell you is that GOLFTEC is really good at selling you their lesson package. And for the most part they’ll admit GOLFTEC gets results despite what some consider a cookie-cutter approach. Can the mass production and mass marketing of club fitting be as successful?

“We expect sales to increase dramatically. We don’t have specific targets we have to hit. We’re just going to do it and we expect the business to be substantial.” – Jeremy Beck GOLFTEC

In the business world there are two ways to increase revenue. The first is to get more customers, but the required marketing costs and your rate of closure can make it an expensive proposition.

The second, more cost-effective method is to sell your existing customers more stuff. GOLFTEC already has a sizable customer base, so offering those customers another product to buy – and both Beck and Wise repeatedly referred to the new club-fitting program as a product – is a low-cost way to boost revenue and, by extension, the bottom line.

In that context, it’s important to take a realistic look at what GOLFTEC is doing. If you view golf clubs as widgets that you’re trying to sell, it’s a smart business move, especially considering the target market: avid golfers who have never been custom fit beyond trying fitting cart options at the local Golf Galaxy. GOLFTEC is offering that targeted customer a level of service and product customization they’ve never experienced before. That target market makes up a substantial chunk of the golfing public, and at $95 for a 90-minute fitting session, the program represents a decent value for that target market.

However, if you’re the type of golfer willing to seek out, and pay for, the full-Monty type of fitting experience you’d find at Club Champion, Modern Golf or at a one-off local club-fitting specialist, there’s probably nothing to see here.

A Tour-level fitting experience from GOLFTEC? More than likely not, as least for now, but there’s no doubt GOLFTEC would eventually like to reach that level.

But for now and for the target market, if you’ve spent your life eating at Perkins or Applebee’s, a decent steak and a Bloomin’ Onion is pretty fancy dining. 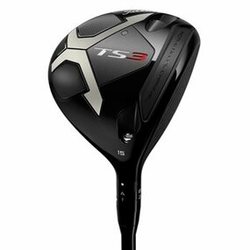 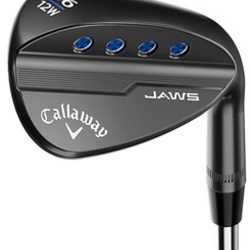 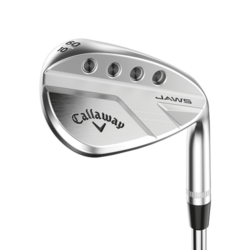 Sounds like an good plan. I got lessons and a fitting for my irons at GolfTec in 2011-2012 and still use those irons today. It cut 25+ stokes from my scores (yes, I was that terrible, and now, not “so”terrible) Their instructions was awesome and while it is inside bay-based lessons, most partner with local courses for on-course lessons and game management.