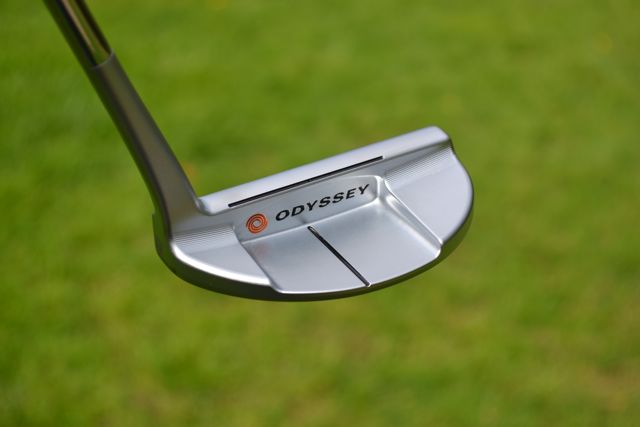 (Written By: GolfSpy_Dave) One of the things in the putter world that I look forward to each year is the latest incarnation of the Odyssey Black line. My interest comes from picking up an original Odyssey Black #2 in the used rack at a local Golf Galaxy. That putter felt amazing and were it not for a huge scratch on the top line, it would still be fighting for bag time today.

The second incarnation of the Black series was the “Black i”. This line featured heads that were similar in appearance to the Black series, but now with an insert. These were a hit for some, but missed with me, as I really prefer the feeling of a metal face when I putt. Thankfully, Odyssey’s next high-end line, the Black Tour Designs, went back to milled metal faces. The Black Tour Designs #1 Wide that I picked up during last year’s “Operation Callaway” is still a favorite of mine.

This season, Odyssey released the ProType Tour line and it looks like they have raised the bar in their milled putters. This year’s putters are again insert-free, and the face is deep-milled to improve feel. The line includes most of the popular Odyssey head styles, including a milled face 2-Ball. Odyssey has also added a bit of customization to the mix. Most of the putters come in different head weights, lengths, and can be bent to spec. Not that new, agreed. What is new is the ability to select custom colored version of the Lamkin 3GEN grip and custom paint fill. We are not talking the level of customization you can get from a boutique putter maker, but from a big company that is a cool feature. 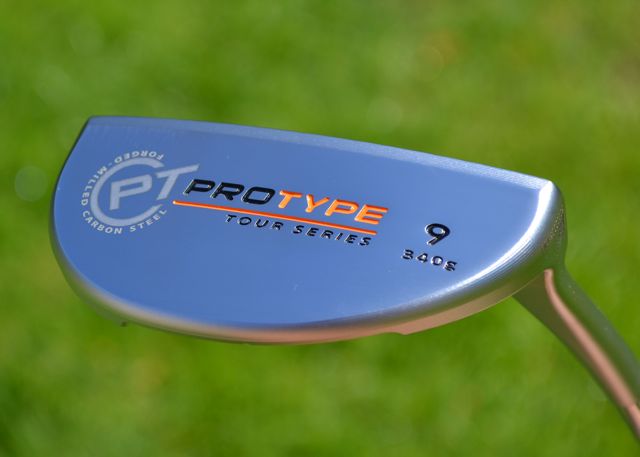 OK, so here is your putter quiz. If you have a deep-milled, carbon steel head, what is the adjective you would use to describe the feel? If you said soft, you are a winner. The thing about the feel of the ProType Tour #9 though is that it is a crisp soft, not a mushy, did-I-hit-the-ball-yet soft. My greatest issue with insert putters has always been distance control. Soft tour ball + soft insert typically means that the ball will be short of the hole.

The Odyssey ProType Tour #9 delivers great distance control for me. You get a nice tone at impact and the ball gets rolling right away. I would say that Odyssey has hit the right combination of material and manufacturing with this one. If I put a good stroke on the putt, the ball consistently rolled out the distance that I wanted it to, if not a bit past the hole. Short putts were few. 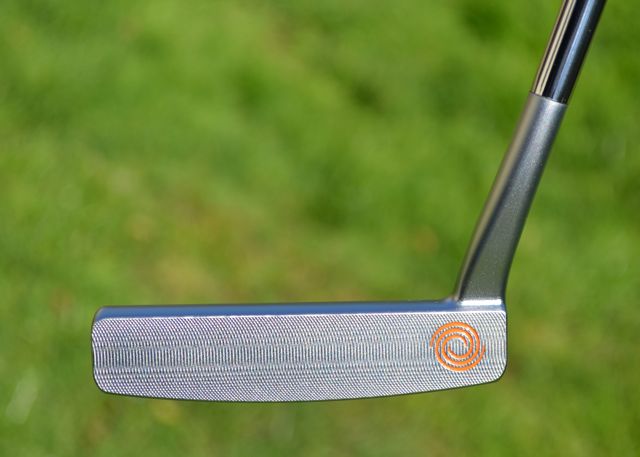 While looks are, of course, subjective, I think that golfers who look at the Odyssey ProType Tour line will walk away impressed. If you are already a Odyssey player, I bet that your response will be downright enthusiastic.

The classic Odyssey lines are all there on this #9. This design pre-dates Odyssey’s version, but I think that it is safe to say that Phil Mickelson’s use of this putter made it popular with the recreational crowd. I am not sure that I can pin down the exact feature responsible, but the overall look of the putter is very pleasing to the eye and makes one think that they will make putts with it. How many of you have picked up an Odyssey #9 in a golf shop and thought about making putts with it?

Odyssey has taken some time with this incarnation of the #9 to make sure that it looks as good as it plays. The milling is precise, both on the face and also the remainder of the head. The paintfill is precise and also, as previously mentioned, customizable. I opted for orange, as I like orange.  The satin finish provides a nice contrast to the green without generating glare. Cosmetics are solid with this one. 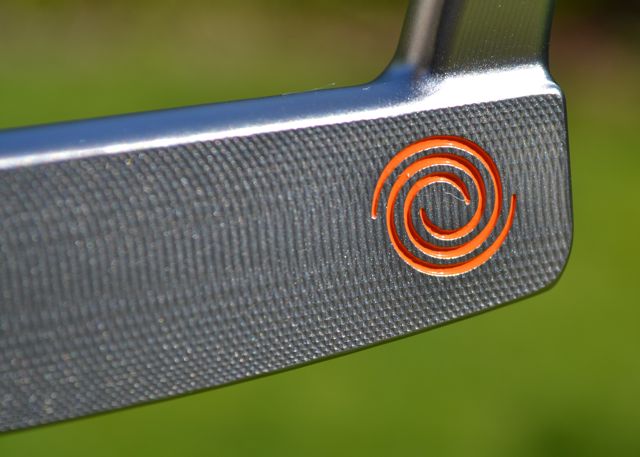 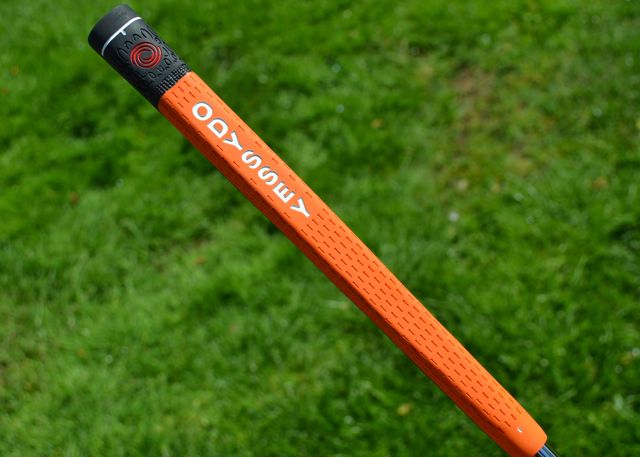 The Odyssey ProType Tour #9 favors a forward press type of putting set-up and stroke.  There are two alignment lines on the Odyssey ProType Tour #9, one in the center of the cavity and another one perpendicular to it on the back edge of the top-line. Overall, this sets up a nice “T” that can be used to both aim the putter at the correct line and also to square the face to the desired aiming line. I am more of a “no line” kind of guy, but on this head, the lines work for me. 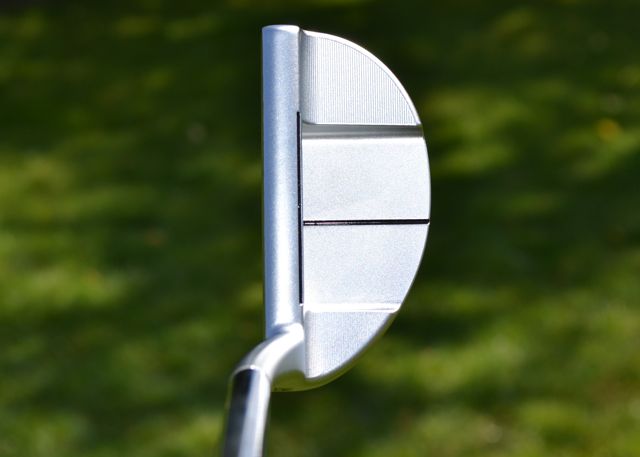 So how did the Straight/Slight Arc guy putt with a Strong Arc putter? Better than one would think. I first became interested in this head style after watching my brother and my regular playing buddy drain putts with White Ice #9’s from all over. Could it be the putter and not the golfer?

One thing that became apparent to me with the #9 was that my set-up and stroke had to change to fit the putter. This goes against the Fit For Stroke™ concept below, but I thought that I would give the forward press style a go. Why even Tiger experimented with Nike’s version of this putter for a few rounds. Maybe not the best idea there for him. For me, I there were a few critical observations that came from the #9 trials:

Using the Odyssey ProType Tour #9 mandated a stroke change for me, but that may not be a bad thing. I think that consistent bagging and practicing with the #9 would produce a putting game marked by consistency and putts made. 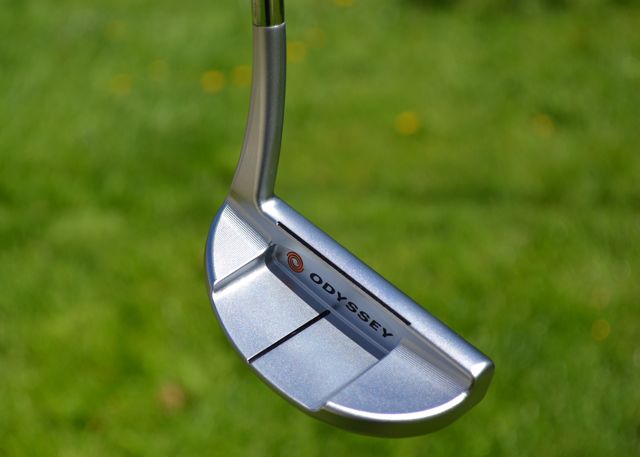 The (FIT FOR STROKE™) concept was developed by PING, yet another genius fitting system they have developed for golfers. It works hand-in-hand with the iPING Putter App which is highly suggest everyone getting (IT’S FREE!). You might be surprised to find out that the stroke you think you have isn’t the stroke you actually have.

This addition to the MGS reviews will allow you to become a more consistent putter by matching you with models that better fit your stroke type. They will be broken down into three categories: (1) Straight – for face balance putters (2) Slight Arc – for mid toe hang putters (3) Strong Arc – for toe down putters

“Results from hundreds of player and robot tests at PING offer overwhelming scientific support for the effectiveness of fitting for stroke. In recent years more diagnostic tools and testing equipment have become available, and the results prove that a golfer’s consistency improves when their putter balance matches their stroke type. It was interesting to observe that golfers putt more consistently with stroke-appropriate models, but they also show a personal preference for these models, too. Prior to putting with them, golfers are drawn to models that fit their eye, even before they fit their stroke.” says PING.

The Odyssey ProType Tour #9 is a: Strong Arc

After the “miss” with the Black i line (my opinion, of course), Odyssey came back with the strong Black Tour Design line and followed that one up with the Odyssey ProType Tour line. I think that this line represents Odyssey’s best high-end putter line to date. The construction is spot on and the line contains enough models that every golfer should be able to find one that they can make putt with. At $269 MSRP for these putters ($299 for the 2Ball), Odyssey has priced the ProType Tour line very competitively. If you like the Odyssey heads, but not the inserts, the Odyssey ProType Tour #9 should be on your “need to check out” list. 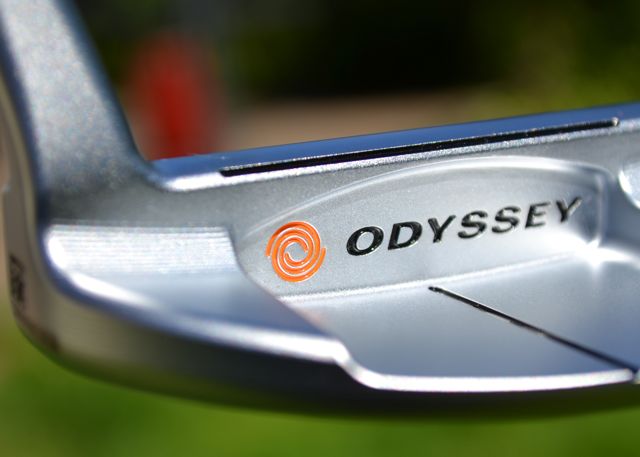 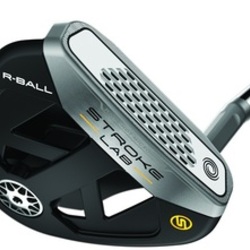 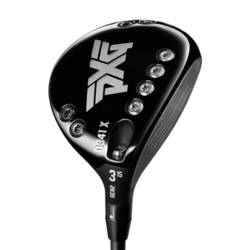 Why? What do you feel is the difference? Switched from an i9 to the black tour 2-ball blade and it was love at first eagle!

Odyssey is a great brand. As expected, they keep surprising the market with different release. But this series is great but not really a must pick.

The ProType series does contain the first milled 2-Ball ever. 2-Ball players need to check that one out.

(and yes, I know that last year’s line had a milled 2-Ball blade. Not the same IMO)

I tried them the feel is cheap, the white hot series they came out with a long time ago are the best in quality, now the white hot is only available to tour players go figure. The putters all the companys sell in golf stores today are not good quality at all.

As always you guys do a bang up job with reviews. I have the #9 (cheaper version) and have enjoyed it alot. Fortunately, I just got a Seemore which I am now using but for the money the #9 is a great putter.