YES! putter lovers can breath a sigh of relief..not only was the brand brought back from the dead by Adams Golf…they also kept the same look and feel including the C-Groove technology their cult like followers grew to love.  Sounds pretty simple in theory when you think about it.  “Don’t fix what ain’t broke” …but more often than not new owners have other plans for brands they purchase on the cheap.  This could have easily become a house brand at your local Dick’s Sporting Goods and would have been all but forgotten about by now.

Prior to Adams Golf purchase of the YES! brand, they had been tinkering around with some prototype putters of their own…so I must say that I was a little surprised their was not more of that influence on this years models…but I’m sure you will see some of that in the future.  The Elanor model does resemble a former Adams Prototype Putter they were experimenting with back in April of last year though. 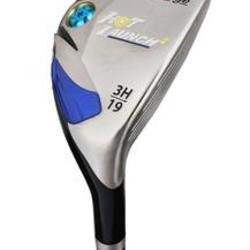 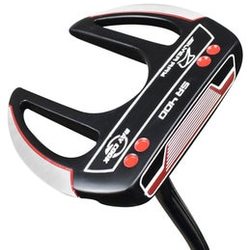 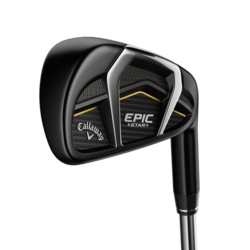 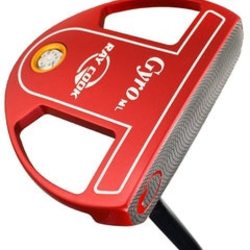 I have received an abbie c groove putter from my brother.I have now been told this is a fake.
Is there any way I can check ?

I’ll stick with my Natalie. One of the best designs ever from YES!, IMO.

What no center shafts? I thought YES went under, gone capuut.
Like the new putters, and would like to try them out, for feel.

Still have my Yes! Hanna-top notch putters. Worth a look for sure

Nice. Tried and true designs, so what’s not to like?

Michael, you hit the nail on the head, though I might find a replacement verb for “stole”…Tommy’s description of the Sally being “an exact rip off” is even stronger..Yes no more “stole” or “ripped off” the Kombi design than Scotty “stole” Karsten’s Answer design for the Newport, Monteray & numerous other putters through the years or he “stole” Robert Mendralla’s 8802 design(who in turn “stole” someone else’s design, I think the George Low putter, though I’m not sure) in his release of the various Napa models…Though I currently don’t use a Kombi, I have played the Kombi S & while I’ve gone back to a “blade(Scotty Circle T Newport Beach w/sound slot(black), a Newport & Yes Abbie Tour Forged)” rotation, it is a great looking putter & like the Answer & 8802 designs, I can see why other companies(Yes) would incorporate their face technologies into a Kombi design…The fact that Scotty “stole” Solheim’s Answer design, certainly doesn’t appear to have hurt the Newport’s sales & I truly hope that Yes’s rendition of the Kombi is successful…It’s good for the person using it & @ the end of the day it’s good for the game..Isn’t that what it’s all about?…The best to ya..Fairways & Greens 4ever…..

Oh yea, BTW, for anyone seeing my other posts, I temporarily fell off the Mizuno wagon in ’09/10 when I hit & bagged the Adams Pro Gold Irons..Liked ’em better than either the 57s or 67s…Anyway, wore out grooves on four of the irons..been looking for past 6-8 months for another set, though I’m leary of buying “used,” especially when it comes to clubs..Anyway, bought a brand new(heads still plastic wrapped) set today for $399.99…Icing on the cake?..The set comes with a 3i & 4i, instead of the standard Prp Gold hybrids!!!..What a frickin day!! :-).. & to think, spring’s just around the corner!!..Fairways & Greens 4ever….

The Pro Golds came yesterday…I’m going to hit ’em & see how tthey stack up against the MP-59s…I really like the 59s, though I loved the Golds,,I just hope reality matches my memories & it’s not a case of my memories growing fonder with time…I know this has nothing to do with Yes putters, though the only people who might understand my excitement(apprehension?) are on this site…My girl friend thinks I need therapy…Though if he can help me with my putting, maybe she’s on to something…lol,,,,Fairways & Greens 4ever….

While it has been stated 100 times over that Scotty’s Newport head is not really an original design he was not at all the first to do it, the anser style head had been around for years and there were many many other people who had made their own versions. Scotty made his version, (an homage if you like) some like it better, some don’t. I believe that this is a different story here, the Kombi has only been around for a few years and the original is still in production, it is not a classic that has been around for years and years. If the Kombi had been around for a while and ten other manufacturers had done versions of it then I wouldn’t have said “rip off”. The reason I call rip off is that is that the Sally really doesn’t look different enough to be it’s own unique model.

Wow, how is the Sally not an exact rip off of the Kombi.

The stampings and the white paint,
Kinda like how the red dots keep it from being an Anser

Every company offers the same thing, as long as they differentiate one or two things

I like the Sara, Sally, and Sandy. Nice looking! Glad to see the name still out there!

As I look @ the above scematic showing the cut-a-way views, I see the siver/black “inserts”…My Abbie’s C-Grooves look as though they are “cut” from the milled putter head, not “inserted”…Is this correct?..If so, will Yes still offer this, or will all the putters have the C-Groove inserts applied, as shown above…Thanx much…Fairways & Greens 4ever….

I will try and get you an answer to that Richard.

No problem. You just need to see them in person to know that the c-groove isn’t an insert (which you asserted yourself). The images MGS uploaded show that the insert is “TPU 65,” and a quick google search for TPU told me it’s an elastic plastic.

Oh yea, I forgot to mention that I also have the Victoria II, both the 35″ model & the 44″ belly…Nice face-balanced mallet with excellent feel & balance…Although the Victoria II is a higher MOI putter, it packs that forgiveness in an understated, consertivitive design..I hope Adams keeps this stick in the line-up…It, the Spider CS, & the Corza Ghost CS are my favorite mallets(high MOI)…Fairways & Greens 4ever…..

The Callie satin has my name all over it! I can’t wait to try these with the new TPU insert.
Any idea when they’ll be in stores?

Not sure I care for the yellow Yes insignia on the back of the putters… sort of makes them look cheep. Other than that though, they’ve got a nice product here.