About this time last season, reinventing the driving iron was all the rage among the equipment companies. By the time we decided to put them to the test, Adams, Titleist, Callaway (who would probably like you to know they were first), Mizuno, and even Fourteen Golf offered retail availability of some form of iron designed to be hit primarily off the tee.

One year later it appears TaylorMade has decided to get in on the action. Whether their new “UDI” is fashionably late, or simply late to the party is certainly a matter of perspective.

While I’d be hard-pressed to heap praise on any driving iron (not like they’re huge needle movers in the marketplace), I can’t exactly fault TaylorMade for finally conjuring up what is a realistically a specialty club likely designed for Jason Day’s upcoming vacation to Royal Liverpool.

As you may recall, Day put a 1-iron in his bag in advance of the Open Championship last year and went so far as to use only irons during a practice round at Murifield last season, so it’s far from unreasonable to think that while the Ultimate Driving Iron will be available to any TaylorMade staffer who wants ones, it’s likely Day who’ll have the pick of the litter.

While there are some obvious inferences to be made about the new club…it’s for better players seeking control, and likely lots of roll off the tee, few specifics of consequence are available.

I can’t tell you:

The one we have pics of is is 18°, and it’s obviously designed as an extension of the Tour Preferred iron family (CB/MC), but otherwise details are few and far between.

We’ll have more information as soon as TaylorMade decides to share, or a credible source leaks additional details.

Would you consider putting the Ultimate Driving Iron in your bag?

Earlier today on MyGolfSpy the first round of new releases of the 2013 RIFE putter brand was launched. We also hinted that you might want to consider coming back to the site at 2 PM EST because, “Someone would be winning something VERY cool!”

We also told you that while those first designs we gave you a sneak-peek of would pay homage to some of RIFE’s past putter designs it was only starting to scratch the surface of what the new designer has in store for the RIFE Nation of years past, present and future.

So with that being said, today we are doing an exclusive giveaway you will not see anywhere else. Today, someone is going to get the chance to win the very first and never before seen RIFE Hero Z Gold Putter.

Probably the first time you’ve ever seen that kind of sign on any magazine related to golf.

Read it carefully. It’s not a joke.

And, if you’re going to capture the true essence of and tell the true story of Bob, well it’s going to have to come with some warning signs (earmuff time, don’t say I didn’t tell you so). I’m referring to Bob Parsons, founder of GoDaddy and owner of the new Parsons Xtreme Golf company. And if you care about golf, you might want to read on. 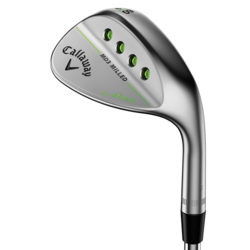 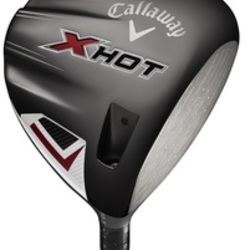 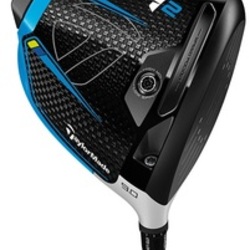 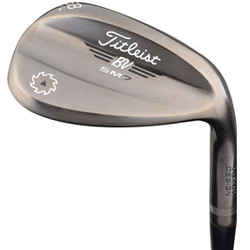 I would venture to say that the UDI is only marginally more forgiving than the Tour Preferred MC irons, hence not that forgiving. I play CB 4-PW. I demoed both the CB and the MC, the irons don’t look that different, but the performance difference is night and day. You can mis hit the CB and get good distance. MC, well, you might as well be MB in the ways of forgiveness. My guess, this iron flies a little higher than the MC with a little less spin. Mis hit it, and it goes nowhere. Joe Hack, and even us lower handicappers need to leave this club to the guys on TV.

Just get an RBZ 3 iron. Its already 18 degrees, pretty forgiving, and goes a mile, and you can get one for under $50

I’d like to give it a shot (bad pun). If I could hit it, I’d certainly consider using it. I normally use an Adams 16 degree Tight Lies hybrid for similar shots. How would this compare with that club in terms of ball flight, etc.?

The hybrid is designed for height and soft landings. A driving iron is just that, an iron designed to produce a more boring flight with decent run out.

I took my old Callaway Pro X-14 1 iron & chopped it down to about a wedges length. That made it a lot easier to hit and control. Granted, it only goes about 10 ft high but it rips through the air like a bullet. Perfect for windy conditions – I use it at my links style home course.

I swing the Mizuno MP-H4 2-iron and i truly can’t think of a better driving iron. It’s sweet from the tee and can produce awesome stingers from the fairway. It is not easy to hit from the deck though and needs a sweeping, controlled swing.

I hate Taylormade but glad to see them putting out a driving iron. I play with only two woods (driver and 3 wood) so I have room for a 2i instead of another wood. This could possibly be a fit for my bag…if it were not already occupied by my sweet Ping one.

I would love to have a lefthand driving iron because I have a problem with distance on my driver. Let me know where I can find one. I am from South Africa

Any way you can make this special order MORE difficult to fulfill? How about we get Charlize Theron to hand deliver it during the next solar eclipse.

I bought a Speedblade 3 iron to use solely off the tee. It’s very easy to hit and goes 235 to 250. If this UDI has any of the same characteristics, I’d give it a serious look.

Or MP-H4, great design and easy to get up.

I got one a few months ago. Man that thing will go. Off the tee or deck it is a laser

I play 3 & 4 hybrids so i cant really see using this. I would probably just put a 5w or 7w in, if they were still available. I havent seen a 7w in stores for a long time now. Or maybe whats the point of a driving iron if they have a mini sldr driver as well. I guess it fills the gap for people who can actually hit a 1i or 2i. Not me

I currently hit miura blades and love them I play to scratch but I really think I would be better if I had a one iron that gave me similar distance to my driver all the time I currently hit my three iron 225 and am very consistent with it I hit my driver 275 at normal swing speed what can one expect to pick up with a driving iron I would seriously drop my driver from the bag if it went nearly as far. Typically I hit three wood more than driver as I have good control with that and I get it to the 245-255 spot often with good accuracy my driver however is good most of the time but when it is bad it is usually a double bogey esc on the card lol

There are HUGE differences in playability of 1-irons-driving irons. If they have a head with a low center of gravity, they are not as hard to hit as most people think. If they have a high center of gravity they can be nearly impossible to hit unless you have an extremely high clubhead speed.
I have a KZG Zero Offset 1-iron which has a low center of gravity head and it is relatively easy to hit. I had a Mizuno T-Zoid 1-iron for a while when somebody stole by entire set of clubs (1993 Bullet .444 blades – same head as KZG ZO). I couldn’t get the ball off the ground with the T-Zoid. I had found a replacement set of the Bullets on Ebay without a 1-iron. I later got the KZG 1-iron head and built it to match. It was relatively easy to hit as expected, unlike the T-Zoid.

I already have a driving iron, it is called a Ping Eye2 1 iron.

The Ping Eye 2 is an old-style, thick faced iron that has no deflection, so you lose distance when compared to a modern club. I would *love* to see a SpeedBlade 1 iron (or even a SpeedBlade 2 iron) but I don’t think such a thing exists. I would buy it if it did. A thin faced, max deflection iron would replace one of my hybrids.

Tom, i think you will find the Ping eye 1 Iron is now illegal due to the new groove rule

I believe the groove rule only applies to clubs loft of 25 decrees or greater.

Joe, I was referring to a Ping Eye 2, which would be illegal if made today, but was grandfathered by the USGA as a result of the settlement of a lawsuit by Ping. As far as I can remember (which admittedly isn’t all that far), the clubs are still legal for most play, but have been banned by the PGA Tour. I don’t think I have to worry about going on Tour.

Tom, Just get a SpeedBlade 3 iron, and have it bent 2 degrees strong. The lofts are always strong on them (i believe it’s 17 degrees) so bending it 2 degrees strong would give you a 15 degree iron. Believe me I’ve thought of this haha

Nice driving iron. But is it really something that the golf masses can play.

I recently put Titleist U312 driving iron in my bag and love it. I wish I could have compared TaylorMades as well.

i would add this club to the bag in a heart beat.

If the face is as hot as the SpeedBlade, I would play it tomorrow.

Just hurry up and take my money Taylormade!