Don’t call it a comeback.

Every time Wilson Staff releases a new iron, cyberspace crackles with “Is Wilson Back?” stories. It’s trite, lame and a wholly invalid question, and it needs to stop.

If you’ve been paying any attention at all, then you know Wilson Staff has been back for at least four years now, cranking out some of the strongest irons across every category in the game (If you want the full story, check out MyGolfSpy’s Wilson Staff “trilogy”). The company known for decades as the forged darlings of pro-level equipment is on a roll, and that roll is covered with buttah.

Back in 2012, Wilson’s FG Tour V2 irons received one of the highest ratings of any iron ever reviewed by MyGolfSpy. The follow-up V4 irons, with tungsten weighting to improve forgiveness, were equally strong and gamed by Wilson Staffers Kevin Streelman, Troy Merritt and Padraig Harrington.

And not for nothing, they’re one of the two best irons I’ve ever gamed.

Can Wilson make it 3 in a row with the FG Tour V6?

There are several differences between the new V6’s and the older V4’s; many are cosmetic but there are a few technical enhancements that could lead to some real-world performance benefits for real-world golfers. Each iteration of Wilson’s FG Tour V-series irons has featured long irons that were easier to hit than other better player’s irons, but the V6 reaches now ground.

The V4’s featured 18-gram tungsten weights centered on the soles of the 3 through 7 irons. Those weights did what you’d expect. By lowering the center of gravity and increasing launch angle without increasing spin, Wilson made the V4’s long irons remarkably forgiving and easy to get airborne for a player’s cavity back.

Well, if 18 grams of tungsten is good, then 20 grams must be better, right?

Wilson added 2 grams worth of tungsten to the sole weights of the V6’s 3- through 7-irons, for a total of 20 grams. The 20-gram inserts in the 6 and 7 irons are still centered in the sole of the V6 irons, but they’re split heel and toe on the 3, 4 and 5 irons, which essentially adds more perimeter weighting to a player’s cavity back, without taking any mass away from the club’s impact zone.

Does it have any affect? Well, forgiveness is a relative term when talking about a player’s cavity back iron. But in this case, it applies. After two rounds and a handful of range sessions comparing the V4 and V6 long irons we found a noticeable difference. The V6 long irons were consistently easy to hit, and while the V4’s were no slouch, there was a noticeable difference between the two. The V6 long irons are, quite simply, stupid-easy to launch long, high and on target.

The split sole weighting certainly plays a part in making the V6’s long irons easy to hit. But Wilson’s choice of stock shaft finishes the job.

Wilson is using the Dynamic Gold AMT as the stock shaft for the V6 – with AMT standing for Ascending Mass Technology. It’s an effective combo.

In plain English, Ascending Mass Technology means the shafts get progressively heavier, in 3-gram increments, as the the set transitions from long irons to wedges. The long iron shafts are in the 112- to 118-gram range, which – along with the split sole weighting – makes them easier to launch high with more spin and provide a steeper angle of descent to help hold the green. And as the irons get shorter, the shafts get heavier, topping out a Tour-level weight of 130 grams for the pitching and gap wedges to promote more accuracy and consistency.

Ascending weight shafts are nothing new. PING reintroduced its ascending weight shafts this year as an option for the new G irons, while Nippon and Aerotech both offer similar technology. When you combine lighter long iron shafts with long iron heads (which are lighter than short iron heads), you wind up with a club that’s easier to swing and easier to get airborne. Add the split sole weighting of the V6 and you have a long iron with an MOI that can rival those of Game Improvement irons.

If there was a criticism of Wilson’s V4 irons, it’s that some found the cavity design a tad too busy. With the V6’s, Wilson is returning to the cleaner, simpler look of the original FG Tours from 2010.

The black and mustard fill is gone. The cavity is all satin with just a hint of mustard colored striping, which is part of the FG Tour series branding.

This is a player’s iron, so the overall head size is reasonably compact, and there’s plenty of mass directly behind the impact area. Since the original FG Tour, Wilson has done a remarkable job of creating a soft, forged feeling iron out of 8620 carbon steel. You’ll know it when you hit the sweet spot (you’ll be smiling), and you’ll know it when you don’t. Those slight mis-hits will still get you most of the way to your destination, but won’t rattle your metacarpals or phalanges.

And like most player’s irons, the V6’s stick to what would be considered traditional lofts.

The Feel category is Wilson’s term for better player’s irons. It includes both the FG Tour V6 and the now three-year old FG Tour 100 blades. There doesn’t appear to be an upgrade on the horizon for the blades, but Wilson is sticking to a 2-year product cycles for the rest of its iron lineup, as well as its woods. You can expect to see an upgrade to the D200 series announced in early 2017.

Wilson’s market share is right around 3%, and Wilson has reported sales growth in each of the past several years. That growth has been small and slow, but it has been steady, and Wilson management will tell you that in the current golf market, slow and steady growth beats the hell out of the alternative.

Can the growth continue? Can it be accelerated? Wilson’s marketing has traditionally been modest and budget conscious, and their Tour strategy is both conservative (they don’t spend huge dollars) and consistent (they stick with their guys). Wilson is investing big dollars in the upcoming Driver Vs. Driver program on the Golf Channel, which does signal intent to move to the next level.

When it comes to product, Wilson still struggles to develop standout metal woods and hybrids – their line is solid, but nothing jumps out and says “BUY ME!” We’ll see what comes from the Driver Vs. Driver program – the winning design will be made available for sale starting the day after Thanksgiving.

Irons and wedges, though, have always been the company’s strength, and the FG Tour V6 should definitely be on the must-demo list for any low to mid-handicapper.

The FG Tour V6 will retail for $999.99 for a 4-GW set. Stock grip is the Lamkin Crossline Black, and the stock shaft is the Dynamic Gold AMT.

The V6’s will be available in stores and online starting January 9th.

John is an aging, yet avid golfer, writer, 5-point-something handicapper and golf reality show finalist. He’s a fan of Hogan, Jack and Arnie and still has an old set of MacGregor irons that get to see the course a couple times a year. “The only thing a golfer needs is more daylight.” - BenHogan 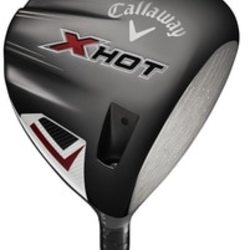 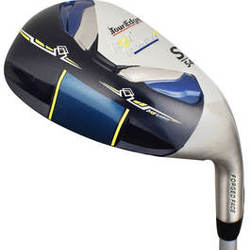 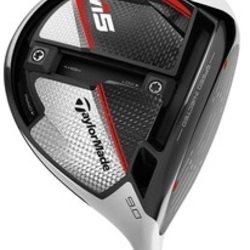 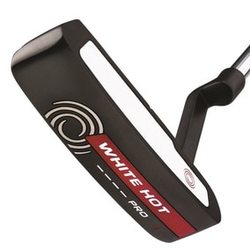 Just got V6 Irons with KBS shafts and a Triton Driver with the HZRDUS Red shaft. Amazing stuff.

I got to try the V6’s out today . They were great much better than the V4 . Sweet and butter feel but powerful feeling .The top line is like a blade, thin which I like , not thick looking like many of the present competitors irons .These make you a “PLAYER” without having to be a scratch golfer. . A very good balance feel in shaft to head weight,something the V4 didn’t have . The looks are like a Jaguar, sleek but powerful. This baby can purr, or growl when you step on it . An absolute must if you are looking to be a Top Cat . YOU DON’T HAVE TO BE A SCRATCH GOLFER to play these but they may get you closer to scratch golfing with little effort ,aim and fire away that’s all .

Sure, because all you have to do to get close to being a scratch golfer is playing irons with a thin topline that seem blade-like.

Absolutely. Never miss an opportunity to be an ass.

I think I see a future for you in writing novels with Fabio on the cover.

These V6s and jpx900 tours are two of the best looking new irons coming out looking forward to testing.

I mean… Where would I hit them? Demo them? Especially outdoors. They virtually don’t exist out east here in Nova Scotia.
Golftown may carry them but they allow sim only which is not going to show me turf interaction.
They are almost inexistent… Too bad.
Look Purdy

The V4’s are so easy to hit that I ordered a 3 iron to go with my set, and I haven’t carried a 3 iron in at least 15 years. The premium WS irons are as good as any on the market.

Still playing FG TOUR irons,,,,,the 1k price is a little high,,,looking forward to the new driver coming out of the competition that us going to be aired on the Golf channel..,,,would like to demo the new v6 .

I love my V4’s and those look sexy! I will give them a try for sure!!

I bought a set of the V2s after reading the review on his sight but not before I tried them out against other brands. Wilson makes as good a club as any of the other major OEMs.
These to me are the best looking of this series so far. I really like how they have evolved.

Clearly the best-looking, agreed. It’s just too bad the aesthetics are so busy and…weird. Even on the V6, it seems more like a matter of people in a boardroom deciding what info they wanted stamped on the thing, and as long as it was all there, hey, it’s good. But yeah, the V6 is distinctly less bad. I just can’t help wishing that such a great-performing series didn’t drive away buyers with the back design.

I recently picked up a forged 6 and 7 from the previous year demo bin and they are frickin legit.

With 2 sets of C200’s one steel one graphite, why not try the new irons. Can they get better than the c200?

yeah but there would be a hell of price difference

They are hitting the mark. Either them or Jpx 900 forged.

Hard to beat my V4’s though…

Why is the weight distribution bad?

After reading a review on the v2, here on mygolf spy! They have been in my bag 4 years now! Wilson has done it right with the new iron line up!

Got the m3, best ever

Sitting at the $1K mark is going to be rough. There are SO many great choices out there for that price that Wilson is going to have a tough time convincing people to choose them over say Mizuno or Callaway. This is especially true when resale value probably won’t approach 1/3 that amount. I personally think they’re beautiful and at say $700 I’d be seriously looking.

Love my C200s but will definitely give these a test drive

Now with looks that match the performance 🙂 Promising stuff from Wilson.

I haven’t tried them but I’d love to.

Well I agree that aesthetically at least they are a big improvement over the V4’s. Liking the clean look.