Rickie Fowler has been experimenting with a prototype Cobra King F6 Baffler fairway wood for a few months now.

As is often the case, Cobra is building off the positive vibes coming from the tour and plans to release the new fairway for retail distribution early this spring.

As you might expect, the new F6 features the Baffler’s signature rail system, built on a chassis that’s very similar to Cobra’s BIOCELL+ 5 Wood. This latest iteration of the Baffler franchise features F6’s adjustable weighting system, tweaked to fit between the Baffler rails. 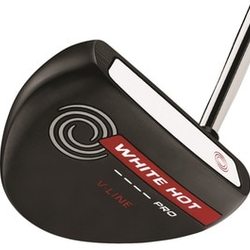 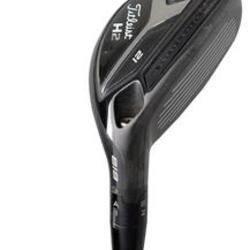 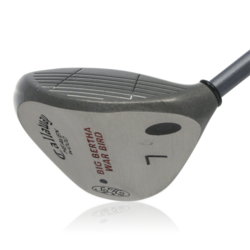 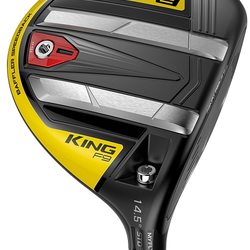 This is the first FW in some time that really interests me. It seems to offer all the tech bells and whistles to let one dial in the desired trajectory, while still seemingly offering forgiveness (weight back) and some utility. They’ve done it in a good looking package. This might be a cult hit for Cobra, particularly if Ricky plays it.

Question: Do the T-Rails REALLY do anything? I’ve heard anecdotal comments about it, but never any real evidence that it actually improves your shot (or ability to cut thru rough). This may very well be a great club that performs admirably, but I’d like to know how much – if any – of that performance can be attributed to the T-Rail system.

I did have a baffler hybrid a few years back (the one with the neon green grip), but would hook the hell out of it, so I sold it and replaced it with an Adams Pro A12 (which I love).

Regarding your railed/Ginty question, I tend to think so. Maybe it is just mental, but deeper rails like this seem to act like little keels that (for me) seem to make it slightly harder to cut across the ball. I also find I can come in slightly steeper.

The designs all seem to work better on the course than off a mat. There’s nothing really special off a mat, and I think people test them in the store and aren’t impressed.

Of course it could all be marketing BS as well. Are any of these “technologies” so ground breaking that you’ll drop 10 strokes?

These use to be good things

Oh…..and BTW, guys…..you absolutely ROCK at MyGolf Spy! For a golf “junkie” like me, your posts, comments & reviews are a MUST READ!!! Keep up the great work! Very much appreciated from this reader & subscriber. Cheers from Canada!

Why do people hate on taylormade for releasing a lot of clubs when Cobra releases even more? Lol. I love both brands for this very reason

Have to try that!

Hit this club today at demo day in Orlando..it was really god

Did you compare it to exotics f2? If not .. Can you please and let me know ?

Reminds me of those Nickent clubs released a few years back. Not sure if I like it or not.

The bio cell+ woods are the best I’ve ever hit, even better than the fly z

Yep,way better! Hated my fly z plus driver back to the bio cell plus

I’m using fly z plus driver now because the shaft of my bio cell broke. Both are good, both have different advantages and feel