In a recent survey, more than 20% of our readers told us that they currently play Mizuno irons. That’s a big number for Mizuno. In that same survey, however; just over 12% report playing at least 1 Mizuno wedge. While 12% is also a decent number for Mizuno, it also illustrates the gap between Mizuno iron play and Mizuno wedge play.

One of Mizuno’s 2016 initiative is to take full ownership of the color blue.  Earlier this season Mizuno released the JPX-850, a blue driver that made a statement while stepping well outside of the typical Mizuno aesthetic.

The S5 wedge, particularly the blue S5, along with Mizuno’s choice of blue and black golf pride grips across its entire 2016 line, is meant to further cement the idea that blue is Mizuno’s signature color.

So finally, consider this:

Within the marketplace as a whole, approximately 80% of all irons sold fall somewhere within the game-improvement category.

That tremendous majority doesn’t carry over to the wedge space where only 35% of all wedges sold are game-improvement style.

Mizuno did a bit of online research, and in looking through a bunch of its fan’s WITB pics (yes, Mizuno actually looks at YOUR clubs) what they found was that while JPX irons were common they were, more often than not, paired with MP wedges or traditional designs from Mizuno competitors.

The logical conclusion to be drawn is that while golfers may want game-improvement irons, we’re not big on game-improvement wedges…even if we would probably benefit from them. That’s a gap in logic…maybe even reason.

The S5 wedge is intended to bridge that gap.

Neither T nor R

It’s also not a replacement for Mizuno’s JPX wedges either.

Though it blends elements from both, the S5 is neither JPX nor MP. S stands alone. Its purpose is to expand the use of Mizuno wedges beyond the typical MP guy. It’s designed to fill that gap I mentioned above.

While the S5 is designed to appeal to the JPX player, by no means should that it exclude from consideration from better players. Luke Donald already has the S5 in the bag, and Stacy Lewis is expected to follow suit quickly. While not a MP wedge, it certainly retains a good bit of that MP-series appeal. Blue or not, it’s everything you’d expect from a serious Mizuno wedge.

From a design perspective, what that means is a wedge with what Mizuno calls an aggressive, bold look from behind, but that still looks clean at address. Basically, it will catch your eye as your browsing the club racks at your local proshop, but won’t offend those same eyes when you set the wedge behind the ball.

The S in S5 wedges stands for silhouette, which is a shape Mizuno says helps the wedge always appear aimed at the target even when the face is open. Conceptually, the S5 is a slightly rounded evolution of the T-series that’s not so rounded as to be an R. It’s a bit of both, and not all of either.

The S5 offers plenty of similarities to other Mizuno wedges. It’s Grain Flow Forged from 1025E. It offers the same loft-specific Quad Cut grooves as its predecessors (Mizuno tested several variations, but didn’t find anything better than what it already had), and Mizuno still CNC mills the wedge face to encourage a bit of extra spin on partial shots.

Apart from the obvious aesthetic changes, there are some departures, or perhaps more accurately, some advancements from previous Mizuno wedge lineups.

All told there are 25 different loft and bounce/grind combinations in the S5 wedge lineup. 10 of those will be available off the rack as stock options while the remaining 15 combinations, which include several non-standard lofts (53°, 57°, and 59° among others), will be available through custom only.

Mizuno has offered multiple sole grind/bounce options on previous wedges, but the grind variations on the S5 should be more easily understood by the consumer, and performance differences between the grinds should be more apparent to the golfer.

Mizuno S5 wedges are available at retail beginning September 18th. Retail price is $129.99 for steel, and while the stock shaft is Dynamic Gold, for the same price you can order the S5 with any steel shaft in Mizuno’s inventory.

Satin S5 wedges are available for both right and left-handed golfers, while the Blue Ion finish is available in right-handed only. 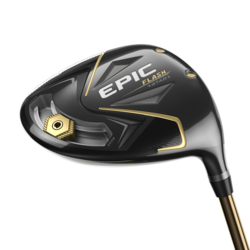 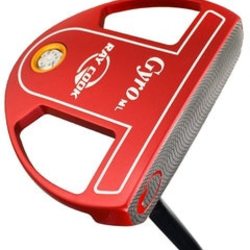 Once again someone says they are just JAWS ripoffs. If you look at both side by side they are pretty different. The JAWS have much more heal and toe grind and more bounce as well. On the back the weight is more spread out across the top on the S5s. The biggest difference is where the Mizuno logo is it’s a cavity and on the JAWS it’s a raised area. It’s also a little bigger than the JAWS. Not really a ripoff at all.

Aesthetically, the S5 is clearly a Jaws copy whether intentional or not.

this is just the Callaway Jaws X-series wedge…total ripoff. wouldn’t be surprised if they get a lawsuit on their desks

I play mpr12 wedges @ the moment and love’em. But i am going to give S5 a try. They are the best looking club that i have ever laid eyes on! Great gob as always Mizuno.

Tony I also play the MP R12 and love them but they are getting hard to find. How do you compare them to the S5?

My current 6 year old 50* and 56* Scratch wedges are ok but a little worn and don’t spin like they used to. In my slow but focused interest to replace them, I’ll definitely be trying these Mizuno S5’s. I’ll be interested in hearing some reviews from you guys as I wait for the new Ping E series wedges to come to retail.
Not sure how the blue ion finish will wear or how it would look with my red/black theme but the satin is a great default choice. Something about having a Mizuno “anything” in my bag has been a long time desire. Must be the brand respect.
Lets hear some in-hand opinions!

I’ve always played Mizuno wedges and always will although I have tried just about every brand at one time or another. Not sure how the blue color fits in but it doesn’t bother me. But there is a subtle irony in the way so many toasted (and still do) Taylormade when they came out with the white driver and fairways.

Back when I played Mizuno (MP-32 and before that MX-20 – best irons I ever played) I also played Mizuno R-12 Wedges (52*, 56* and 60*). The R-12’s were the perfect compliment to the MP-32’s in looks, style and performance in my opinion. While I now have to play Titleist AP-1’s (age 65), if I were buying Mizuno irons again, I would definitely try these new blue wedges as I believe Mizuno makes the best irons/wedges in the game.

The blue looks kinda cool. Alas, as a leftie I won’t be trying them any time soon I guess. The question for me is how they would compare to my cleveland 588’s. Even if the performance is going to be on par there would be no reason to change for me.