(Written By: GolfSpy Dave) I was fortunate enough to get my hands on a ProType Tour 2-Ball earlier this year.  At the time, the silver-headed ProType was the third 2-Ball that I had played with, previously having rolled the DFX and the Black i versions.  Like many of you, I thought that the simple two-ball alignment system could help me drain putts like the pros that have won with it in the past.  The Odyssey #7 seems to get more PGA love than the 2-Ball these days, but if we look at total wins since 2002 when the 2-Ball hit the scene, I bet the drain-for-dollars score favors the 2-Ball.

Back to this summer’s silver ProType 2-Ball.  I was super excited to finally roll a milled face version of the 2-Ball as the previous insert versions never really seemed to work, likely due to my issue (perhaps psychological) with inserts.  Alas, my relationship with that ProType was short lived.  While I loved the feel of the milled carbon head, aiming correctly with the allegedly simple 2-Ball alignment system seemed vexing.  When I took the ProType Black out on the course for the first time, I could only wonder if a new color would really make a difference.

Some balls are held for charity
And some for fancy dress

The looks of the Odyssey ProType Black 2-Ball are classic 2-Ball.  This is a putter that represents an iconic, archetypal design in the history of putters.  Like many of the major designs, we observe significant differences between the pre-2-Ball and post-2-Ball marketplace.  The looks of the 2-Ball changed the entire putter paradigm.  Yes, I know, Odyssey purchased the initial design concept from Dave Pelz.  But go and compare photos of his design and this modern version.  Henry Ford doesn’t get credit for every advance in the auto industry in the last century.  Pelz had a novel design that Odyssey made sleek and deadly on the green.

As a huge fan of the milled-face look, I applauded the looks of the silver version of the 2-Ball when it rolled out.  The milling was super precise and the lines of the top and sole just flowed together.  The black version keeps the great visual characteristics of the previous ProType 2-Ball, and adds in the blackness. At first, I was laughing a bit at the launching of the black version.  Remember, this is from the company that launched the “Performance over Paint” anti-white driver campaign a few years back.  In all fairness, there is more here than just a good-looking “Midnight Black PVD” finished head.  The shaft is also black (powder coated), as is the new to the line-up black grip.  Maybe this is just a cosmetic thing, but the blackness really looks amazing.  Having all of the components (including the headcover) be black really works aesthetically.  They even muted the paintfill by going with grey instead of the read that I saw on the prototype black version back in January.  This is a great looking putter.

For me, the jury is still out regarding insert-faced putters.  An insert-faced beauty frequently will seduce me, but I always return to metal-faced putters in the end.  I like how metal feels at impact.  Some of the recent inserts out there have shown promise, like Nike’s Polymetal Grooves and Odyssey’s Metal X, but for me, nothing beats the metal face for feel.  This milled 2-Ball just further supports my bias.  The deep milling and the carbon steel composition of the ProType Black combine to make a very soft feeling impact. Perhaps not insert soft, but soft nonetheless.  A better way to describe the feeling is smooth.  Striking the ball and sending that little dimpled beauty on its way is very fluid, totally devoid of skips, clicks, or hops.  Sorry inserts, looks like the ledger moves another click toward metal.

So now we get to the whole point of the 2-Ball; the two ball alignment system.  I would be surprised if there is a golfer out there who has not lined up a ball with some version of the Odyssey 2-Ball if only to see what the aiming system is all about.  For the one person reading this who has never tried a 2-ball, the idea behind the aiming is that you align the two balls on the putter with your ball, aiming all three of them in a row along the target line.  Does it work?  Well more than a few tour pros have risked their fortunes on the precision of these two balls.

Personally, I get the concept, but I have never felt very confident aiming previous incarnations of the 2-Ball.  This includes the silver version the ProType 2-Ball I rolled earlier this year.  I loved the feel of that putter, but I struggled to hit the line, and with that the hole.  For whatever reason, the black color really makes a difference for me.  Pin it on the increased contrast between the white balls and the black body or whatever, I honestly don’t know for sure.  Being that color is the difference, I’ll go with that.  If you have rolled silver colored 2-Balls in the past, and struggled to aim, you should reassess your aiming with the black version.

It’s my belief that this 2-ball
Should be held every night
So how did it play on the course?  Did I give away the secret by gushing about how the alignment system on this black version works for me?  You figured it out; you smart cat you.  I truly enjoyed rolling the Odyssey ProType Black 2-Ball on the golf course.  Here’s the short list of why:

I think that my only critique with the whole set-up is with the size of the stock grip.  I think that the texture and the shape of the grip are excellent and that they help to promote a solid stroke.  I wish that the grip was larger in diameter.  I’ll admit that my recent gaming of the larger SuperStroke grips may have shoved me into the large-grip lover category.  However, based on tour play, I will be surprised if larger grips are not more readily available as options in the future.  I will need one that is all black though, of course.

The (FIT FOR STROKE™) concept was developed by PING, yet another genius fitting system they have developed for golfers. It works hand-in-hand with the iPING Putter App which is highly suggest everyone getting (IT’S FREE!). You might be surprised to find out that the stroke you think you have isn’t the stroke you actually have.

This addition to the MGS reviews will allow you to become a more consistent putter by matching you with models that better fit your stroke type. They will be broken down into three categories: (1) Straight – for face balance putters (2) Slight Arc – for mid toe hang putters (3) Strong Arc – for toe down putters

“Results from hundreds of player and robot tests at PING offer overwhelming scientific support for the effectiveness of fitting for stroke. In recent years more diagnostic tools and testing equipment have become available, and the results prove that a golfer’s consistency improves when their putter balance matches their stroke type. It was interesting to observe that golfers putt more consistently with stroke-appropriate models, but they also show a personal preference for these models, too. Prior to putting with them, golfers are drawn to models that fit their eye, even before they fit their stroke.” says PING.

The Odyssey ProType Black 2-Ball is a: Straight

The Odyssey ProType Black 2-Ball is black.  Like I said earlier, it’s “all-but-the-balls” black.  For me, this was a critical difference when I compared my performance with this putter to the silver ProType.  As I mentioned before, 2012 may be the Year of the Mallet.  Once all is said and done, this 2-Ball may in deed have the biggest balls of them all. That’s because the Odyssey ProType 2-Ball Black putter is now the #1 Highest Rated Putter on MyGolfSpy!

*apologies to Bon and Angus for torturing a great song… 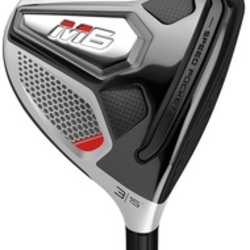 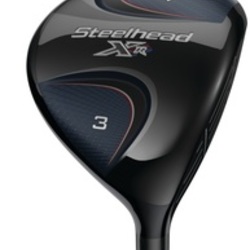 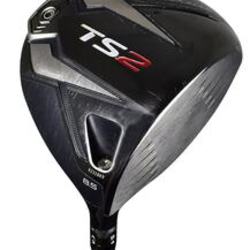 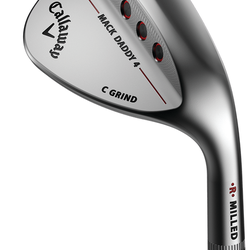 I would like to buy a oddisey black two balls putter

i bought mine umpteenth one of these on saturday, this time in black, 36 inch , swapped the winn fat grip for an iomic. took 4 puttters to the track yesterday nad this got pole position
hated the orignal soft material face thing , cud never feel the ball at impact was like hitting marshmallow with sponge cake. totally poinltess!
loved the design. hated the face…,

This milled face s20c one tho.. the black one is the best by a country mile.
it works so well , adn the extra length makes long distance putts a real pleasure .
the milled fce is such an advnace ove the orginal. and hte lack of anthing escept black shaft black head and white balls. is perfect.
one of these wil be in my rotation for a long time.

Great write up Dave….have ordered one of these beauties after hitting a lot of practice putts based on your review. The black & white contrast make aiming soooo easy. You can really see whether you’re aiming centre cup, left or right edge, and even inside left or right. And the feel of these milled faces are drool material….this is now my 2nd purchase resulting from reading MGS reviews…the first being my loved Adams 9064ls driver

Keep up the great work MGS.

The composition of my bag changes every season….new set of irons….2-4 drivers….what can I say…..I’m a club whore!! What never changes is my Odyssey 2-ball centershaft putter! Never.

What’s MSRP on this one?

I have to admit, I find I like the black far more. I find it less distracting then the silver and really highlights the ball alignment system better since it’s a crisper visual.

Odyssey sure has gotten the bang for their buck out of the 2-Ball design haven’t they? This design has to go down as one of the most popular putters ever made! I think pretty much everyone I know has or has had one.

I’ve never been a huge fan of them, I played a 2-Ball White Ice somethingorother for a couple rounds and didn’t care for it. I do like the milled no insert face and the black, probably not enough to give it another try, but its a good look.

Thanks for the review, well done!

This is a great idea! I am putting together some whole line reviews, as well as some “best ______” reviews. Best for the Buck is something I will definitely look into.

I used a Ping Anser Putter i bought for $18 when the main Eatons Store in Toronto closed up and became the Eaton Center……This putter was amazing or should I say I putted well with it sinking just about everything..confidence helps……well few years ago I was at a store and tried the Oddysey two ball and I sunk about 8 putts from 10 feet in a row..the putter felt great..I bought it and used it…and it worked fine..then after a couple of years it was leaving putts short…I was missing putts and well I dragged my ping out again and started making putts from all over again.. Ping do your thing all it needed was a recharge in the attic for a few years I said and it’s still in my bag now…my conclusion is confidence and a good stroke is all we need..if this putter gives you that buy it..but be prepared to go back to your old putter some day and if not congrats.