“How To Become A Golf Sports Agent”

“Now I’m the guy you don’t usually see. I’m the one behind the scenes. I’m the sports agent.” Jerry Maguire

HOW TO BECOME THE “JERRY MAGUIRE” IN GOLF

Just as the movie Sideways had a dramatic effect on the wine industry (unfortunate for Merlot though), the movie Jerry Maguire brought attention to the industry of Talent Representation, ie. Sports Agent. Resumes from recent college graduates flooded into sports management firms.

Being the agent of a top star like a Tiger Woods or Phil Mickelson is without a doubt a dream job. Not only are you financially rewarded (a standard agreement is 10% of income, you do the math), but you also travel to all the events in style. You are treated with great respect as brands know that you are the gatekeeper to the star they desire.

Unfortunately Tiger Woods only has one agent, and I don’t see that job opening appearing on Monster anytime soon. It is a long, winding road to navigate before you reach the pinnacle.

Education:
Unfortunately there is no direct career path for becoming an agent like for a lawyer or doctor. Top agents come from a wide variety of educational and work experience backgrounds. Getting a job with an established firm is highly competitive, so educational background is an important filter that they use to differentiate candidates. Most common degrees include:

Internships:
Many of the top firms, even the boutique firms, have summer internship positions available. Due to the demand, most are non-paying, but it is a great way to get started and to see what it is all about. Here are few places to apply:

Step 2: Getting Your Foot (usually slammed) In the Door

Top agents include Harvard MBAs, former players, former college golf coaches, lawyers, CPAs. In the end, the most important factor is getting your foot in the door and being willing to pay your dues. At the end of the day, most agents didn’t actually begin their career as an agent, but did start somewhere in the golf industry.

To be a successful agent, you have to be both patient waiting for your chance and aggressive when it arises. Same is true with trying to get into the business. So wherever you start, whether it be working as a volunteer at a PGA Tour event, or interning at an established firm, it is important that you work hard while keeping your eyes open for opportunities.

Step 3: What to Expect Once You Get Your Big Break

Beginning Compensation:
Sports Agencies receive thousands of resumes for few positions, so matter who you are, what degrees you have, you generally start at the same place once hired: the bottom of the ladder. I have heard stories of lawyers taking salary cuts from six figures a year to $25,000 to start their career at a major firm. You upside is large once you have a stable full of stars, but until then, you’d be better off being a school teacher.

Starting Out:
Before you stand by the 18th green on an April Sunday afternoon at Augusta with the family of your star player to greet him after he taps in the winning putt to win the Masters, you have a lot of dues to pay. Instead of negotiating multi-million dollar deals with golf club manufacturers, you are doing a players laundry, running errands, babysitting their kids, acting as chauffeur to him and his family, maybe balancing a checkbook here and there. Essentially, until you sign your own players, you are basically an assistant to the other agents in the firm.

I will not rest until I have you holding a Coke, wearing your own shoe, playing a Sega game *featuring you*, while singing your own song in a new commercial, *starring you*, broadcast during the Superbowl, in a game that you are winning, and I will not *sleep* until that happens. I’ll give you fifteen minutes to call me back. – Jerry Maguire

Most agents cite recruiting as the most draining process. You spend years wining and dining top college talent in hopes that on the day they decide to turn professional, they sign with you. Hughes Norton of IMG, the agent who signed Tiger Woods, began following Tiger long before he said: “Hello World”. He followed Tiger even in his early teens and had Earl Woods on the company payroll as a “Consultant” when Tiger was 12.

There is only one Tiger Woods. Most of your time is spent watching college and nationwide tour players to see who will be the next Anthony Kim or Tom Lehman. Signing them might not draw attention among your peers or near term financial rewards. If the player ends being a successful tour professional, you children’s college funds will greatly appreciate it.

If All Else Fails: Start Your Own Agency

But if anybody else wants to come with me, this moment will be the ground floor of something real and fun and inspiring and true in this godforsaken business and we will do it together! Who’s coming with me besides…”Flipper” here? – Jerry Maguire

There is one simple way to skip all the agency internships and paying your dues, but it is just as likely as winning the lottery. The star player can pick anyone to be his agent, right? So why not have them pick you? Many agents got their start because they were college roommates with a top player, or even their father. There is a general distrust in the industry, so some players are more comfortable with people they know and trust.

That being said, it is usually a recipe for disaster. It leads to bad deals for the player and poor contracts. Larger agencies do bring value to the table for the player – with their extensive contacts, legal teams, accounting departments, and financial advisors.

Having a stable full of top golfers can be financial rewarding and full of perks. Unfortunately it means that you are pretty much at the beckon call of the players (and the players you hope to sign). Many ex-wives of agents have echoed similar sentiments: “he was married to his players, not me.” Due to the inherit structure of the job and the large amount of travel, the divorce rate is unusually high. So be careful what you wish for…

Today’s article is part of a Two-Week series on “How To Get Your Dream Golf Job”: 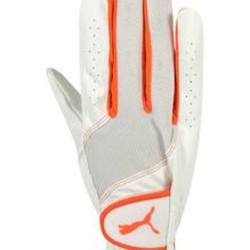 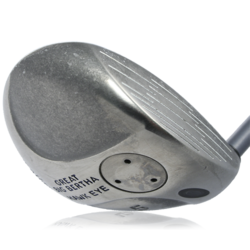 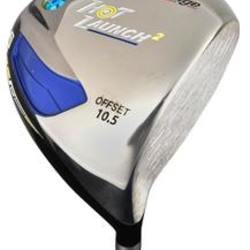 I agree great piece for someone looking to break into the sports agent field. We are waiting for approval from the author on whether or not he would like to be recognized for the article. As soon as we hear back we will have the answer.

I like this. Who is the author? I do not see him or her accredited with writing this fine piece.