Though the language of that question is questionable, it’s likely a question that golfers have asked when shopping for laser rangefinders in the past. For most, it comes down to the situation when the laser rangefinder will primarily be used.

Are you focusing on tournament play? Then you need a slope-free unit.

The with slope decision is a little more complicated. When will you use it, and is the extra expense justified?

For me, I found the slope-adjusted yardages invaluable when I was learning the game. At that point I had a pretty good idea of my club yardages on flat terrain, but not of how elevation changes could affect the yardages. The slope reading really helped me to understand why a 7i was long on one 160 yard hole and then short on the next one. I wasn’t playing tournament golf, so something being “illegal” didn’t matter to me.

One solution to the slope or no-slope conundrum came in the form of laser rangefinders, where a physical adjustment to the unit could switch it between no-slope tournament mode and with-slope casual mode.

The most popular of these combo units are the Bushnell Tour X and the Leupold 4GXi2, both featuring swappable faceplates, one faceplate for with-slope readings, and the other faceplate for without-slope measurements. In both cases, the faceplates are different colors, visually indicating to others whether slope readings are enabled or not. These units cost more than dedicated slope/no slope units, but they were more versatile, being able to be used in both casual and tournament golf.

Then the USGA changed their rule.

Here is a short video that Bushnell put together detailing what changed this year.

Naturally, the video plays like a commercial for the new Bushnell Tour V4 laser, and that’s because it is a commercial, but let’s take a look at what it says.

Lasers with slope are now legal in tournament play, under local rules, if the slope is turned off.

Yep, that said “turned off”. You don’t need to swap faceplates to change the function, or do anything to the device to make it look different, you just need to have the ability to turn off slope during that tournament round. If the feature is turned off, the device is legal.

HERE is a link video from USGA explaining the 14.3 change

While this ruling may not seem significant at first, it’s actually pretty huge for laser manufacturers in terms of product development. Though I’ve never built a laser rangefinder, disabling slope now seems like a software issue rather than a hardware one. That means that the difference between the units that companies market will be in programming, not engineering. Current slope-enabled lasers are already giving us both unadjusted and adjusted values, so perhaps these units won’t even need to be re-engineered to be legal, just reprogrammed.

I believe that this will take us from the current market, where consumers need to decide “slope or not” at the cash register, to a situation where all laser rangefinders are slope enabled and the slope feature can be deactivated through a software menu selection.

You can’t pick the wrong laser type, because there will only be one laser type.

While I was writing this, I became aware of another company launching a similarly slope-swappable unit this season. So my predictions about the future are likely coming true soon, if not already here.

In general, these new laser rangefinder devices can do all kinds of tournament-illegal things for us during practice rounds, then be legal for use during tournaments and handicap-reporting rounds, as long as those disallowed functions are disabled. This could blow the engineering into as yet uncharted design areas, and that’s exciting for the consumer!

You can read a whole bunch more about 14.3 at the USGA Rules Page.

But What About the Tour V4?

Overlooked in this discussion of rules is the fact that Bushnell has a new laser. Not just a new laser, but a slope-swappable laser that replaces the beloved Tour V3 model. Odds are you’d like to know more about this little light shooter.

For that, you just need to come back tomorrow. I’ll give you the whole skinny on the Tour V4 and also give you a chance to do something exciting.

Hint: it rhymes with “win one”. 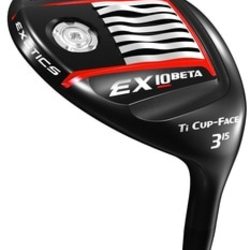 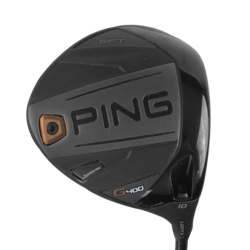 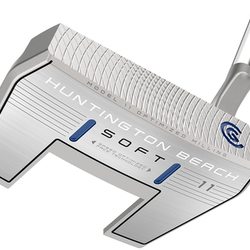 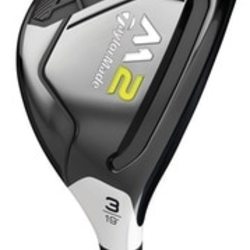 One can use a DMD only if the course or tournament has implemented the local rule allowing them. The use of a DMD to determine straight line distance is a huge time saving factor, but determining the yards one needs to add or subtract from that total, is a skill, so let’s not take away all of the skill necessary to make a proper club selection.

Somebody is gonna build a slope model where the end yardage will include slope, and there will be no +/- yardage below. I think slope is important for amateurs when learning how much slope can effect distance. And I’m sure there’s a way to get on a launch monitor nowadays that has the slope calculated, so tour pros can still get their distances. The USGA needs to stop making rules like this. Tour Players probably used slope during practice rounds? Does that change a player shooting over Par at the masters?

I agree with Brad. The rule must be simplified. No one is going to pay hundreds of bucks for a rangefinder with slope, then leave it at home. And, how does one enforce the ‘distance only” dictum?

I dont play USGA sanctioned events, nor do I have a USGA handicap

so I dont care.

I agree with you Aaron. I also do not play sanctioned events by the USGA or the PGA. I pay to play a game I enjoy. If I want to anchor a putter to my body or use a distance and Slope meter then I will. Golf has enough screwed up rules so I only play for the pleasure of the game. I am not on the course to impress anyone. Most of the time I do not even take score. How ever I do love my time on the course and I am very respectful to others.

My childhood was typical. Summers in Rangoon, luge lessons. In the summer we’d make meat helmets.

These pros use professional Caddies that are as accurate as these slope capable lasers. Not to mention they can read greens better than most people. Something a laser cannot do. To not be able these lasers in a local tournament is ridiculous. Get with the times USGA…or get me Bones.

“Though I’ve never built a laser rangefinder, disabling slope now seems like a software issue rather than a hardware one. That means that the difference between the units that companies market will be in programming, not engineering. ”

As long as the range finder has an accelerameter or a inclinometer in them, the rest are software based yes.